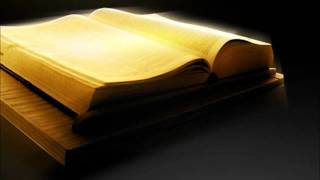 The recording is dramatized, from the King James Bible.

This is, in my opinion, the best and most beautiful recording of the King James Bible in existence.

Thanks, blessings, honor, glory, and power to the most high God, who is the almighty creator and author of these books.

In the secret recess of a temple cell in the sacred city of Tashi-Lhunpo an old monk sat reading the Bible before a charcoal brazier. “Surely these are great words,” he said to himself. “Never have I heard such a story as this.”
Taking up his pen, he dipped it in black ink and wrote in beautiful flowing Tibetan:
“Dear unknown friends, The book you have sent over the mountains has come to my lonely cell. My soul has been strangely stirred as I have read these words. Light has come to my poor darkened soul. Please send me more light.” – an excerpt from “God Spoke Tibetan: The Epic Story of the Men Who Gave the Bible to Tibet, The Forbidden Land” written by Allan Maberly (1971)

There is none holy as the Lord: for there is none beside thee: neither is there any rock like our God.
1 Samuel 2:2
DailyVerses.net