~ 10 Oils of Ancient Scripture of the Bible ~

10 oils from the most significant plants, botanicals, materials, and resins in the Bible—from Cypress (Isaiah 44:14) to “the rose of Sharon” (Song of Solomon 2:1). With the refreshing scents of Myrtle and Cedarwood and the rich fragrances of Frankincense and Myrrh, is designed to help you savor and enjoy the beautiful aromas and intriguing histories of these precious, pure essential oils.  People living during the time of Christ knew that essential oils were used for cleansing, purification, health and wellness. 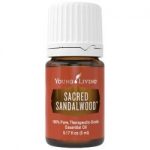 Aloes (Sacred Sandalwood) (Santalum Album): Believed to be made from fragrant sandalwood, aloes were a gift Nicodemus brought to Jesus for preparing body for burial.  Jesus Burial Oil (John 19:39). This sandalwood variety is native to India and is steam distilled at our partner farm in Australia’s tropical northern outback to ensure its authenticity and purity. Sacred Sandalwood essential oil provides an uplifting, warm, woodsy, and sweet aroma, while offering a variety of skin benefits. 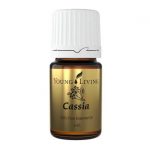 Cassia (Cinnamomum Cassia)  is only sold in The Oils of Ancient Scripture Kit by Young Living.  Cassia is one of the key ingredient in the incense used in temple worship.  (Psalms 45:8). Cassia similar to cinnamon but has a pungent warm scent. 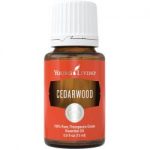 Cedarwood (Cedrus Atlantica):  The “cedars of Lebanon” were acclaimed for their durability and used to build Solomon’s famous temple and his palace.  (1 Kings 4:33). Cedarwood essential oil’s woodsy, warm, balsamic aroma creates a relaxing, calming, and comforting atmosphere when diffused to help support a relaxing nighttime routine. The cleansing and moisturizing properties associated with Cedarwood also make it a great addition to your favorite skin care products. When applied topically, it can help maintain the appearance of healthy, youthful skin. You can also massage Cedarwood oil into  your scalp to enhance the appearance of healthy-looking hair. 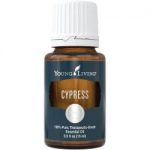 Cypress (Cupressus Sempervirens):  This oil is extracted from the cypress tree, which has wood so durable that the cypress doors of Rome’s St. Peter’s Basilica show no sign of decay even after 1,200 years. (Isaiah 44:14).  Cypress has a fresh, herbaceous aroma that can promote a sense of security and grounding. 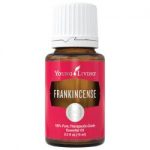 Frankincense (Boswellia Carteri): The Hebrew word for frankincense, levonah, is used in the Bible 22 times, making it one of the most recognized materials in scripture. (Song of Solomon 3:6).  Frankincense was used for religious rituals, and flavoring foods, etc. (Leviticus 2:1) Frankincense essential oil has a broad range of uses, from enhancing spiritual and meditative practice to use in beauty routines. Frankincense has an earthy, uplifting aroma that’s perfect for grounding and spiritual connectedness. Create a safe and comforting environment by diffusing this oil’s empowering aroma, particularly when you are seeking purpose or engaged in prayer or meditation.  Frankincense essential oil provides an aroma that is perfect for creating a grounding experience during yoga or meditation. It can also be used topically to promote the appearance of healthy-looking skin. 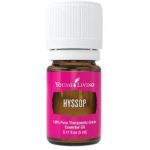 Hyssop (Hyssopus Officinalis):  Biblical references to this plant indicate it was likely used in practices and rituals intended to purify and cleanse. (Psalms 51:7).  Hyssop has a slightly sweet scent and was considered a sacred oil in ancient Egypt, Israel, and Greece. Its fragrant scent stimulates creativity and meditation. 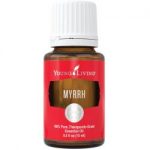 Myrrh (Commiphora Myrrha):  One of the key ingredients in Moses’s holy anointing oil, myrrh was highly regarded by Biblical figures such as David and Solomon. (Proverbs 7:17).  Today Myrrh oil is valued around the world, but anciently it was popular in the Middle East and Mediterranean. In fact, Myrrh’s name comes from the Arabic word murr, meaning bitter, because of its sharp taste. The oil is now recognized for its beautifying properties and grounding aroma, and Myrrh essential oil is common in cosmetic and aromatic industries.  Myrrh oil comes from the steam distillation of the red-brown resin of trees in the genus Commiphora. Because of its earthy, sweet aroma and luxurious properties, Myrrh oil uses include skin care and aromatic applications. Its calming, complex aroma brings a deeper sense of spirituality to practices such as yoga and meditation, and its moisturizing and cleansing properties have made it popular in high-end skin care and beauty products. 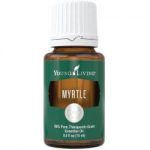 Myrtle (Myrtus Communis):  Sukkot, commonly translated as Feast of Tabernacles, includes myrtle branches in its ceremony. (Nehemiah 8:15).  The Myrtle tree to the ancient Jews was a symbol of peace and justice. In celebration of the Jews freedom from the Babylonian captivity and restoration of the law of Moses, the Jews gathered the branches of myrtle (Nehemiah8:15).  Myrtle has an elevating aroma that is pleasing when diffused. It also has properties that can help beautify and enhance the appearance of healthy-looking skin when applied topically. 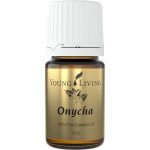 Onycha (Styrax Benzoin):  is only sold in The Oils of Ancient Scripture Kit by Young Living.  Onycha was an ingredient in the “pure and holy” perfume or incense the Lord commanded Moses to make. (Exodus 30:34).  Onycha oil has a wonderful odor of vanilla since it contains vanillin aldehyde of the vanilla plant. Onycha contains more acids than any other essential oil. 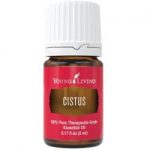 Rose of Sharon (Cistus): This rock rose has a sweet, honey-like scent and may be the flower referred to as the Rose of Sharon. (Song of Solomon 2:1).  Cistus is believed to be the biblical rose of Sharon, and its honey-like fragrance is soothing and uplifting.  The oil is known as cistus, labdanum, and rock rose. It is a wild bloom flower that had grown at the Plains of Sharon located west of Jerusalem.

Taking Care of Yourself is a Must ~ Browse our Natural Health Shop for Great Deals!