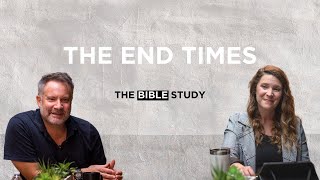 We all know people who are embracing themselves for the end of times, the second coming of Jesus, and the “end of the world”. On this episode of The Bible Study, Dena and Curt unpack how Jesus responded to the questions of the end times and what it means for us as believers.

What does it mean to stay awake? How do we handle our circumstances and conversations differently with the truth of this apocalyptic literature? Don’t miss this important discussion to prepare you for stepping into those tough conversations.

What shall we say then? Shall we continue in sin, that grace may abound? God forbid. How shall we, that are dead to sin, live any longer therein?
Romans 6:1-2
DailyVerses.net