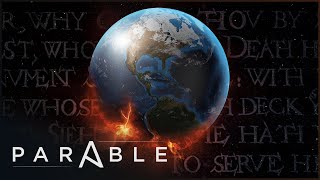 This feature length documentary explores Bible prophecy concerning the last days prophesied in the Old and New Testaments. Featuring never-before-seen interviews with some of the leading researchers on the subject, Megiddo chronicles the biblical prophecies through to modern day. Seen through the lens of prophecy, what is the significance of recent catastrophic world events?

It’s like Netflix for history… 📺 Sign up to History Hit, the world’s best history documentary service and get 50% off using the code ‘PARABLE’ http://bit.ly/3e2c2Xs

This channel is part of the History Hit Network. Any queries, please contact us at: owned-enquiries@littledotstudios.com