Does the Bible Predict the End of the World? – BibleProject Podcast on Apocalypse 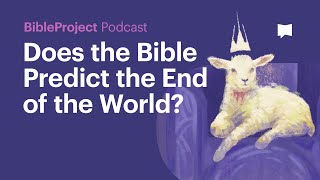 Are these the end times? Why does the Bible use language of fiery judgment? And what is the mark of the beast? In this episode, Tim and Jon answer your questions about how to read apocalyptic literature.

O my soul, thou hast said unto the Lord, Thou art my Lord: my goodness extendeth not to thee.
Psalm 16:2
DailyVerses.net