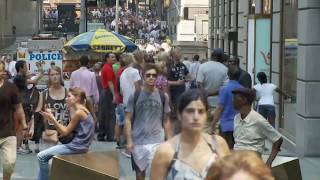 There are many atheists and rationalists in the world, who question the very existence of a higher power called God. At the other end of the spectrum, there are those who are religious to the point of attributing every mundane event as an act of God. The universe and our world remain a complex mystery, where you cannot easily explain everything that happens around us. At times, our experiences force us to wonder whether miracles happen in real life. And when these miraculous events get captured on camera, it even questions the beliefs of those who only swear by Science! So without further ado, let’s look at 5 such cases.

6 Tiny Mistakes that changed History of the World

5 People Who dropped Everything to Travel

7 Weird Things that fell from the Sky

7 Most Terrifying Creatures Ever found

10 Things about Bob Marley You Did not Know

6 People with the Most Unusual Pets

Link of our associate company in Arts and Crafts
Website: https://www.shwasam.com

For in him we live, and move, and have our being; as certain also of your own poets have said, For we are also his offspring.
Acts 17:28
DailyVerses.net