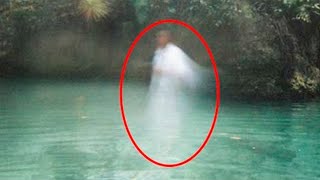 Is there a such thing as miracles? Do angels really exist? Almost every religion has their own accounts of miracles: divine events that seem to transcend the natural law. despite scientific progress, there are still many miraculous phenomena that haven’t been explained. Contrary to the belief of some, miracles are happening every day and a number of them were captured on camera. Here are seven of the most miraculous moments caught on camera.
➽➽➽➽➽➽➽➽➽➽➽➽➽➽➽➽➽➽➽➽➽➽➽➽➽➽➽➽➽
✔✔ Contact us on Facebook
https://www.facebook.com/mostamazingtop7

➽ Baby survived the impossible with the help of mysterious voice
Tiny Lily Groesbeck was trapped in the car for 14 hours after an accident that killed her mother, Jennifer, in Utah. But when local officers arrived, they heard an adult voice asking for help before discovering the unconscious 18-month-old baby strapped in the backseat. It is unintelligible on the footage but appears to be a plea for help as officer Jared Warner responds: “We’re helping, we’re coming”.
➥ SOURCE
https://www.dailymail.co.uk/femail/article-3430826/A-baby-saved-drowning-mysterious-voice-terror-attack-victim-miraculously-rescued-sounds-crazy-proof-angels-really-exist.html
https://www.facebook.com/watch/?v=980647105291074

➽ Balloon Comforts Grieving Mother
This video captures a strange supernatural moment that a grieving mother is seemingly comforted by a white balloon at the wake of her son in the Philippines. The 7-year-old boy had died in September, 2015. Two videos have been released of the incident by the family. In the first video, we see the boy’s white coffin covered in flowers and balloons.
➥ SOURCE

➽ Charlene Deherrera was rescued from a submerged SUV.
The water flooded the Pueblo street and carried the SUV down the road in as much as 10 ft of water. Bystanders swam out to rescue the woman. She was trapped inside the SUV and couldn’t swim. All four windows were shut tight as it sank. The first to reach her was a doctor, the try he did that stick he had was no match for the safety glass.
➥ SOURCE
MSNBC (now missing from NBC archive videos)

➽ Dead Filipino Toddler Wakes Up at Funeral.
A 3-year-old girl who was previously pronounced medically dead awoke at her funeral in the Philippines. The girl, whose name has not been released, apparently suffered through several days of high fever before she was brought to a local medical clinic where a physician pronounced her dead. Then, at the funeral, the mourners spotted the girl move her head while they were inspecting the coffin and she was alive.
➥ SOURCE
http://ishareyoushareweshare.blogspot.com/2014/07/3-years-old-young-filipino-girl-wakes.html
https://www.dailymail.co.uk/news/article-2691398/A-remarkable-wake-Dead-Filipino-toddler-wakes-FUNERAL-mourner-spotted-moving-inside-coffin.html

➽ Holy man in India claims he didn’t eat or drink for 70 years.
A self-proclaimed yogi, 83 years old prasad jani is a followers of hindu goddess, amba. he says that goddess provides him a liquid sustenance which is fed through hole in his palate allowing him to live without food and water.
➥ SOURCE
https://www.dailymail.co.uk/news/article-1274779/The-man-says-eaten-drunk-70-years-Why-eminent-doctors-taking-seriously.html

➽ Tears of Our lady of akita.
The Our Lady of Akita was documented crying human tears in over 101 occurrences over a span of 6 years in Japan. The tears were sampled and brought to oxford university to verify that they were infact human tears. This signified and apocalyptic message is warning that the world needs to hold more confidence in god else calamities will happen all over the world.
➥ SOURCE
https://www.tldm.org/news10/akita.htm

➽➽➽➽➽➽➽➽➽➽➽➽➽➽➽➽➽➽➽➽➽➽➽➽➽➽➽➽➽
● COPYRIGHT NOTICE ●
➽ All clips included in this video is under fair use. If any part of the contents of this channel is that your property (as a musician, label, video, image distributor or artist), please send me a personal message on Facebook or on YouTube or you can reach us via email (given in channel’s bio) and your content will be removed within 24 hours.
#StayTrue
➽➽➽➽➽➽➽➽➽➽➽➽➽➽➽➽➽➽➽➽➽➽➽➽➽➽➽➽➽

Wherefore thou art great, O Lord God: for there is none like thee, neither is there any God beside thee, according to all that we have heard with our ears.
2 Samuel 7:22
DailyVerses.net