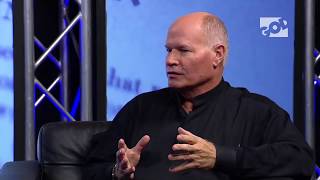 For years, Anthony Patch has researched physics, cosmology, biology, computer science and theology. He talks to Paul McGuire about science in relation to prophecy, including Transhumanism.

Jesus saith unto her, Said I not unto thee, that, if thou wouldest believe, thou shouldest see the glory of God?
John 11:40
DailyVerses.net