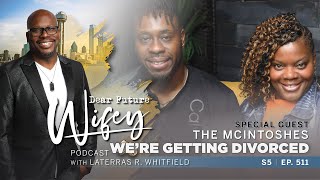 People get married for different reasons. Unfortunately, some people find out the reasons their spouse married them during the divorce. Pain. Heartbreak. Spousal betrayal. Betrayal of self. Pervalia and Vincent McIntosh are about to hit send on filing their divorce papers. This gut-wrenching episode is titled, “We’re Getting Divorced.”

SOMETHING EXCITING IS COMING: https://www.thelitsociety.com/

Seek the Lord, and his strength: seek his face evermore.
Psalm 105:4
DailyVerses.net