The life of jesus christ full movie cartoon: Jesus – He lived Among Us (English) 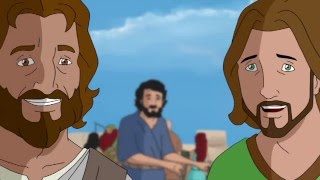 Watch The life of jesus christ full movie cartoon with subtitle is Jesus – He lived Among Us (English) at: https://www.youtube.com/watch?v=O5KETYJJnIE
See more christian cartoon movies at playlist: https://www.youtube.com/playlist?list=PLkLWhpNfRRnFfUMTMxedLG-jCtbGQoGRE
He lived Among Us is film talk about the life of jesus christ when God bring him come to world.

Posted in Movies and tagged list of christian movies for kids

For the word of the Lord is right; and all his works are done in truth.
Psalm 33:4
DailyVerses.net