War and Miracles! – Ukrainian pastor shares about the conflict in this special Podcast. 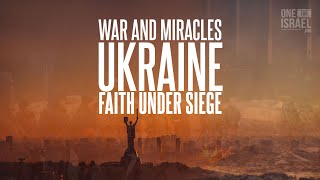 War rages in Ukraine as Ivan, a pastor and bible professor from Ukraine, shares with our podcast insights into the faith and miracles they’ve experienced under fire. It’s imperative that we stand up as one in prayer for an end to this conflict and protection in the midst of this senseless war.
Share this podcast for others to pray!

Discover more with our podcasts and teachings.

And Jesus said unto them, I am the bread of life: he that cometh to me shall never hunger; and he that believeth on me shall never thirst.
John 6:35
DailyVerses.net