Can I Keep the SABBATH and Go to a SUNDAY Church? 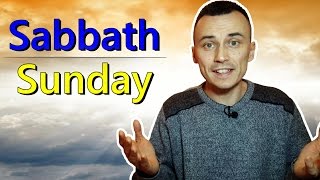 Sometimes people ask me if they can still go to their Sunday keeping church after learning about the Bible Sabbath (Saturday). I actually tried that. When I learned about the Sabbath truth in federal prison, I was actually attending a Sunday service.

I never thought I would stop going to church on Sunday, even though I was keeping the true Sabbath now; but the fact of the matter is, I experienced a lot of opposition from other people who attended that service. They made it clear to me that if I was not with them, I was against them; and they would make my time there difficult. Watch this video to learn more!

Posted in Christian Info and tagged going to church on sunday

And ye shall serve the Lord your God, and he shall bless thy bread, and thy water; and I will take sickness away from the midst of thee.
Exodus 23:25
DailyVerses.net