A look at the role Christian nationalism played in the Jan. 6 attack 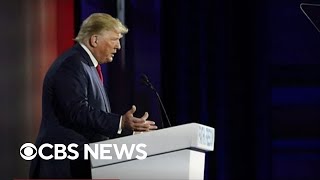 Former President Donald Trump addressed the Jan. 6 hearings during a speech Friday at the Faith and Freedom Coalition Conference in Nashville. Amanda Tyler, executive director of the Baptist Joint Committee for Religious Liberty, joined CBS News to talk about the role Christian nationalism played in the Capitol insurrection.

The grass withereth, the flower fadeth: but the word of our God shall stand for ever.
Isaiah 40:8
DailyVerses.net