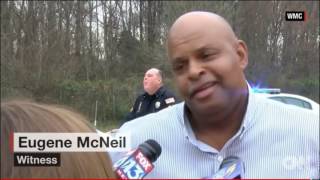 Miracle: a surprising and welcome event that is not explicable by natural or scientific laws and is therefore considered to be the work of a divine agency.

“For example, one definition of miracles is “a direct intervention of God in the world.? But this definition assumes a deistic view of God’s relationship to the world, in which the world continues on its own and God only intervenes in it occasionally. This is certainly not the biblical view, according to which God makes the rain to fall (Matt. 5:45), causes the grass to grow (Ps. 104:14), and continually carries along all things by his word and power (Heb. 1:3). Another definition of miracles is “a more direct activity of God in the world.? But to talk about a “more direct? working of God suggests that his ordinary providential activity is somehow not ‘direct,? and again hints at a sort of deistic removal of God from the world.

Posted in Miracles and tagged amazing miracles in real life

Behold, how good and how pleasant it is for brethren to dwell together in unity!
Psalm 133:1
DailyVerses.net